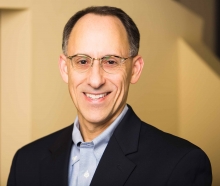 Peter Schulman is Executive Director of the Positive Psychology Center at the University of Pennsylvania and a graduate of the Wharton School at Penn (W1983). He has worked with Dr. Martin Seligman since 1983. He oversees Center activities, including research grants, Penn Resilience Programs, Positive Psychology Programs, websites, and conferences. His operational responsibilities include new client/sponsor development, contract development, project management, staffing, and financial management.

Mr. Schulman played a central role assisting Dr. Seligman in building the science-based field of Positive Psychology. In the early days of this budding field, he led the organizational and financial running of numerous initiatives to attract and support many leading scholars of all ages, including research grants programs to seed innovative research, awards, conferences, websites, and summer institutes to support, mentor, and cross-pollinate researchers. Starting in the late 1990s and to the present day, their work together enabled Positive Psychology to spread around the globe.

From 1990 to 2007, he directed the research and development on cognitive-behavioral interventions to prevent depression and anxiety, and increase optimism and well-being among young adults. This research was generously supported by several large-scale, longitudinal, grants from the U.S. National Institute of Mental Health. He has written twelve scholarly publications and book chapters.

Since 2007, he has played a lead role with Dr. Karen Reivich in the large-scale dissemination of the Penn Resilience Program and Positive Psychology Programs for various organizations, including schools, health care, the U.S. Army, law enforcement, corporations, government, a professional sports team, among others. More than a million people around the world have attended these programs. Mr. Schulman was recognized as a 2012 Model Supervisor Finalist in the Penn Models of Excellence Program.

For more information about the Penn Resilience Program, click here.